Chocolate is the ultimate comfort food, a guilty pleasure, and the good news is that the right kind of chocolate can actually be good for you… In this guide, I’m going to explain why and also share with you some of my favourite healthy recipes, so you can get your chocolate hit without a side order of guilt. 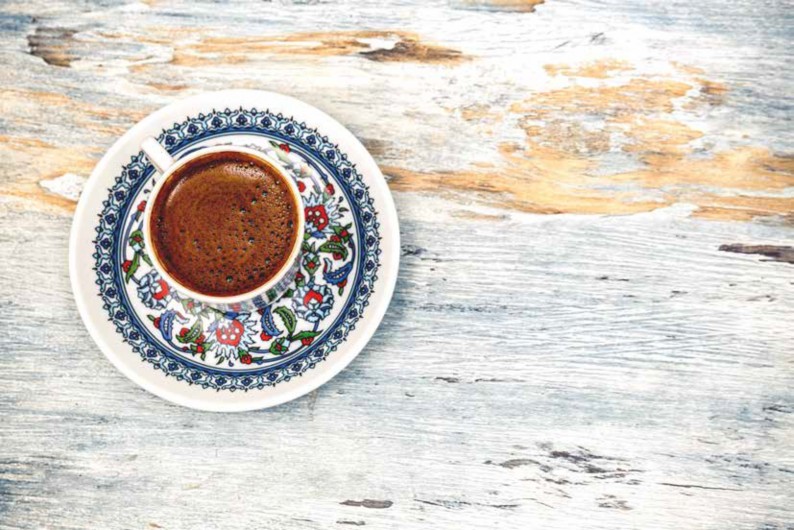 Chocolate comes from the cocoa bean, which literally means ‘food of the gods’. And, historically, chocolate was so prized, cacao seeds were used as a form of currency (and, of course, some enterprising sorts even found a way to make counterfeit cocoa). It turns out those Mayans and Aztecs knew a thing or two because modern scientific research is finding new ways in which chocolate – good quality chocolate, at least – can be worth its weight in gold when it comes to your health.

cacao nibs, the original, natural form. (Just in case you are wondering, the health benefits of milk or white chocolate, and any of the processed sweetened stuff are slim to none!) Here’s what it can do for your health. 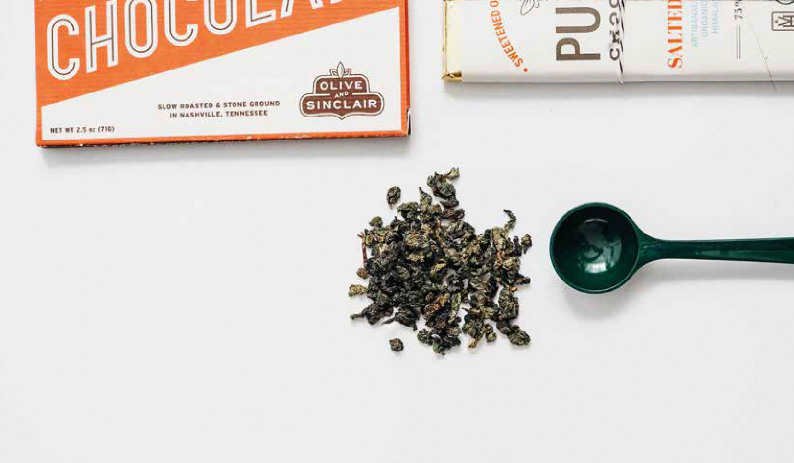 Dark chocolate and cacao nibs are high in antioxidants, which help fight free radicals that can damage the cells in your body. Two groups of antioxidants found in dark chocolate are flavonoids and polyphenols – and they’re found in greater amounts in chocolate than either tea or red wine. The higher the percentage of cocoa in your chocolate bar, the greater the number of antioxidants.

Research also shows the flavonols in dark chocolate have a positive effect on heart health by lowering blood pressure, improving blood flow to the heart and making blood less sticky and able to clot.

The polyphenols in chocolate are thought to be involved in cholesterol control. In one scientific study, researchers found a decrease in both total and LDL (“bad”) cholesterol of 6.5% and 7.5%, respectively.

Eating chocolate also increases the flow of blood to the grey matter in the brain. It’s been suggested that cocoa flavonols would benefit conditions associated with reduced blood flow to the brain, including dementia and stroke. A study of the elderly that looked at consumption of flavonols (in dark chocolate, tea and red wine) lead to better cognitive function.

The essential amino acids in dark chocolate help increase the production of the happy hormone serotonin, which can help alleviate feelings of anxiety and depression. Chocolate also contains the chemical phenylethylamine, which occurs naturally in your body and gives you the same boost you feel when you fall in love! 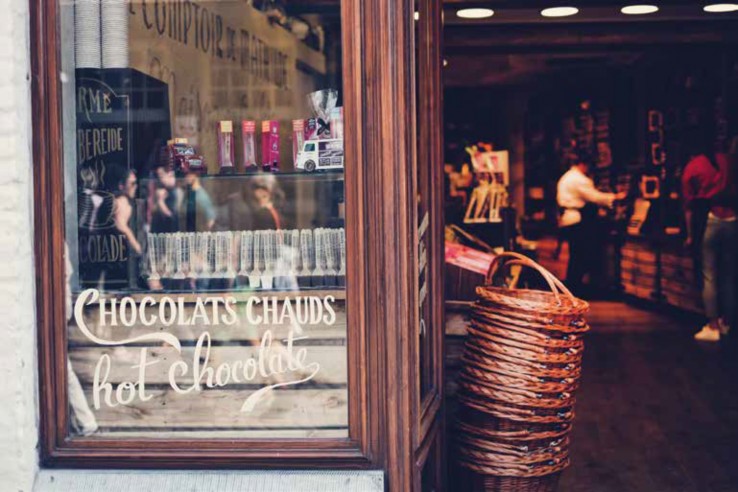 The use of chocolate dates back thousands of years. The Mayans were the first to discover its powers. They worshiped the cocoa tree and called the chocolate (or xocolatl) they created from it the ‘food of the gods’.

The Mayans used it for a myriad of purposes, including making from it a ceremonial drink of ground cocoa beans, vanilla and other spices, such as chilli. Cocoa was highly valued for its healing and medicinal properties. The Mayan chocolate was very different from the chocolate we know today

– not least because it contained no sugar. Spanish explorer Christopher Columbus brought cocoa beans back from his travels in the Americas in the 16th century. No one was particularly impressed, and the Spanish kept the cocoa bean to themselves for decades. Once cocoa started catching on, Spanish cooks experimented with the recipe and added sugar to sweeten it.

By the 17th century, it had made its way to France and the court of king Louis XIII and, in 1615, David Chaillou was given a ‘royal authorization’ to open the first chocolaterie in Paris. In 1657, chocolate made its way to Britain. Chocolate was still enjoyed pretty much the way the Mayans made it right up until the Industrial Revolution, when the cocoa press (that could separate the cocoa butter from the powder we now call cocoa) was invented. A number of other new processes also made the chocolate creamier, smoother and tastier. The world’s first chocolate bar was created in 1847. And the rest, they say, is history. 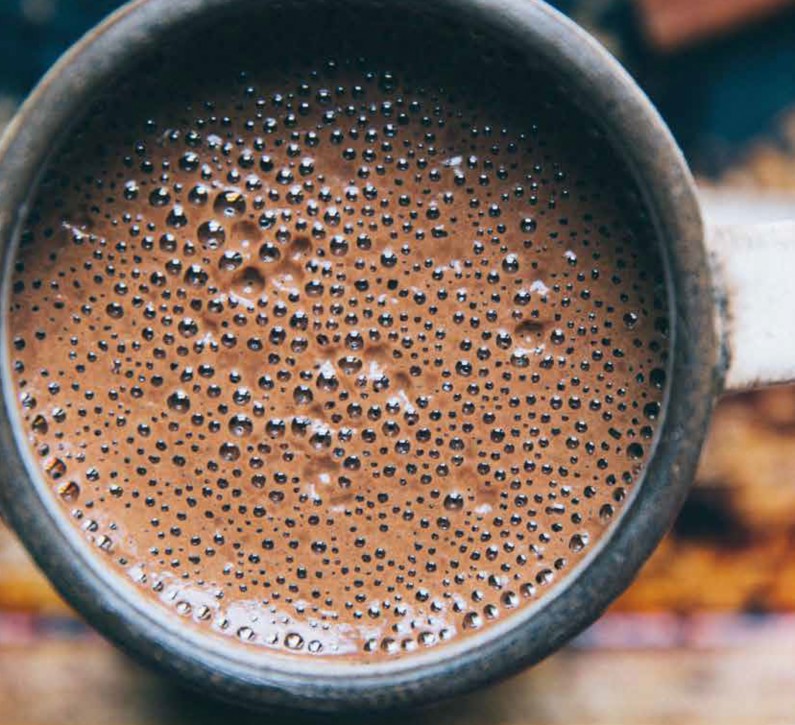 Put all the ingredients in a saucepan over high heat and stir using a whisk, breaking up any lumps as you go. 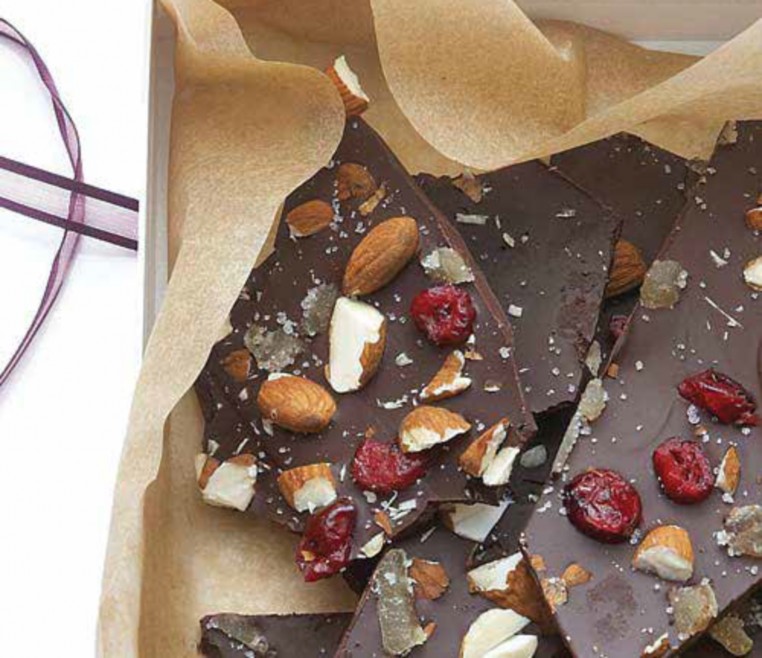 Line a baking sheet with parchment.

Melt the dark chocolate by filling the bottom of a saucepan with couple of cms of water and bring to a simmer over a medium-high heat. Put the chocolate in a glass bowl and set over the simmering water, stirring occasionally.

Once melted, tip into the prepared tin and smooth with a spatula so the chocolate is evenly distributed. Scatter over the remaining ingredients (you can add a pinch of dried chillies if you’re feeling brave) and chill in the fridge until the chocolate sets (about 30 mins). Peel off the parchment and break into pieces. Store in an airtight container for up to a month (if it lasts that long). 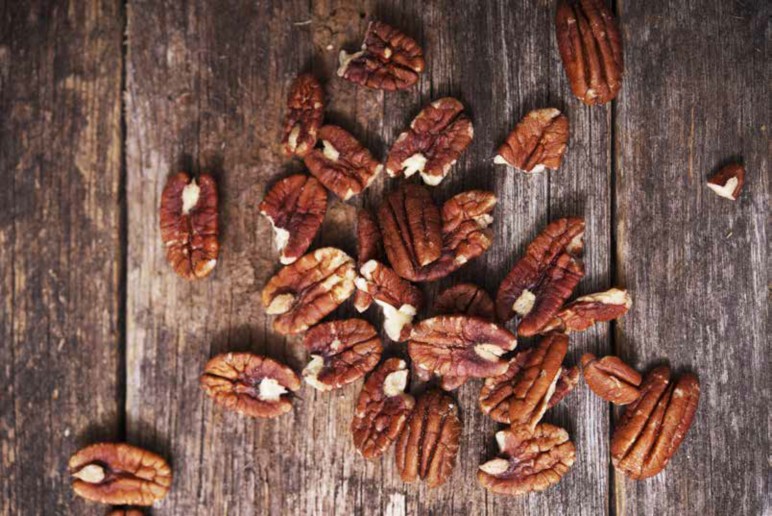 Melt the chocolate in a glass bowl set in shallow water over a low heat.

Blend all ingredients (except almonds) in a food processor until roughly chopped.

Add the blitzed mixture and the almonds to the melted chocolate and coat thoroughly.

Spoon into 10-12 cake cases and chill in fridge until set. 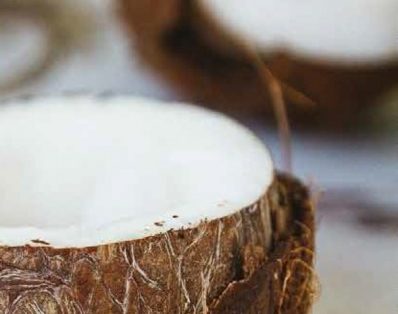 Blitz the cherries and dates in a food processor until finely chopped.

Add the rest of the ingredients and continue to blitz until it starts to form a dough.

Roll into small balls and coat with shredded coconut. Freeze to firm up. 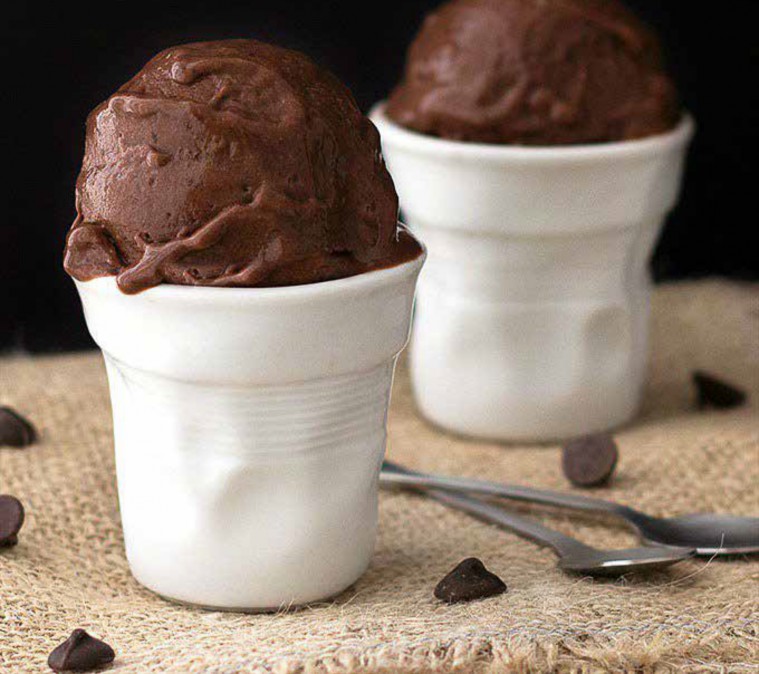 Strictly speaking, this isn’t ice cream in the traditional sense, containing neither cream nor sugar. When ripe frozen bananas and cocoa powder are combined together in a blender you get a creamy, guilt-free, scrumptious frozen treat.

Put the frozen bananas in a food processor and pulse until smooth.

When the mixture is smooth, add the cocoa powder and blend until incorporated.

For a soft ice cream, serve immediately. For a firm chocolate banana ice cream, transfer it back to the freezer for at least an hour. 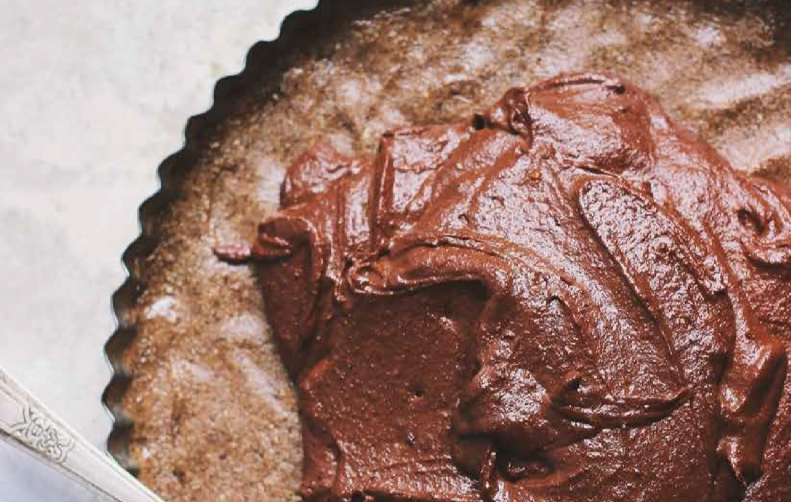 Line an 8-inch tart tin with parchment. Press the crust mixture into the bottom using the back of a spoon and set aside. Then combine 225g of the cashews (soaked for 30 mins in boiling water), the remaining 3 tbsp maple syrup, cacao powder and coconut milk and blend in a food processor until totally smooth. Pour the filling into the crust and refrigerate for at least two hours before serving. Can also be topped with berries or bananas for a fruity twist. 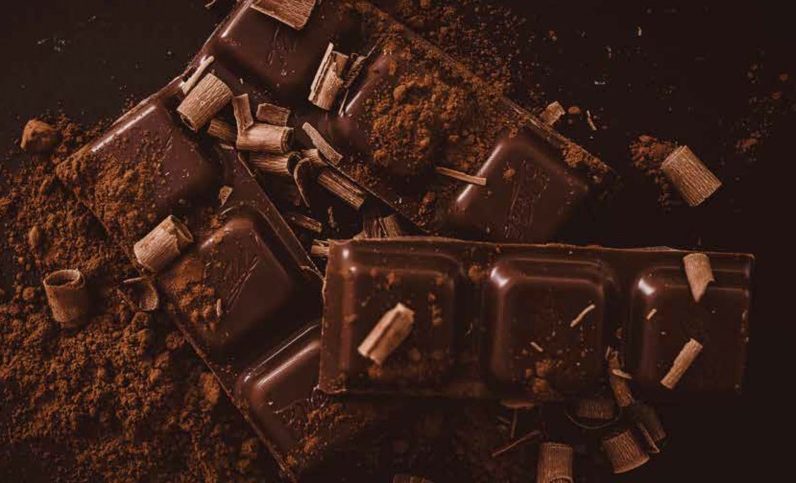 ½-1 ripe avocado (depending on size)

Pop all the ingredients into a blender or NutriBullet and whizz. 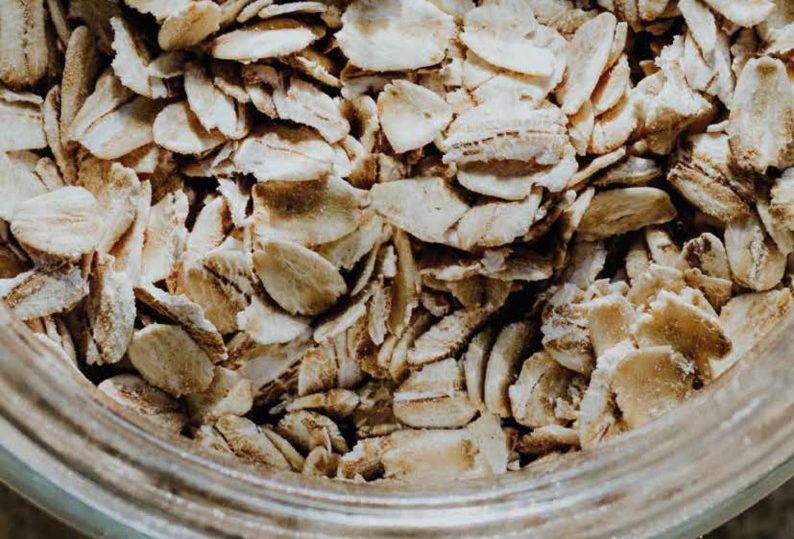 In a wide-bottomed jar or portable container, pour in the almond milk, chia seeds, oats, cacao nibs, coconut, almond butter, maple syrup, and a pinch of sea salt. Give the mixture a good stir to incorporate the almond butter. Put the lid on and keep in the fridge overnight and they’re ready to go for breakfast. 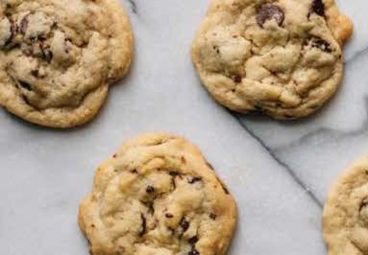 There is some brown sugar in this recipe but this is the lowest amount possible while trying to still make these cookies taste good!

Blend the oats in a food processor until they resemble flour.

Combine the vanilla extract, egg and brown sugar in a bowl. Melt the coconut oil and let it cool slightly before adding to the bowl.

Beat everything together until just combined.

Stir in the oat flour, baking soda, cinnamon and salt.

Stir until just combined and then fold in the dark chocolate chips.

Chill the dough for at least one hour in the fridge. Preheat the oven to 180˚C.

Break off a little of the dough and roll into a ball. Press a few more chocolate chips in the tops if desired.

Bake for 8-10 minutes or until lightly browned around the edges. Remove from the oven and rest on the baking sheet for another 2 minutes before removing to a wire cooling rack.

Sign-up to my Newsletter for the latest updates from ENRICHED